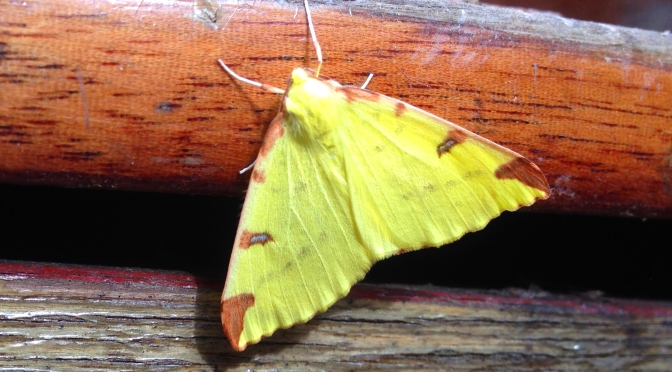 Spring brings longer, lighter, sunnier days, perfect for boat restorers…. also perfect for the garden to burst into life requiring boat restorers to spend rather a lot of their time mowing, strimming, clipping and digging instead of sanding, scraping, sawing and scarfing. Perfect too, for the sweet siren call of a day at the seaside to take precedence over Daddy’s shipwreck.

A different kind of Boatbuilding

A school sandcastle competition (none of that book learning rubbish at The Wells School) saw us building the traditional RR sand boat. Not that we’re competitive but, as the boys like to remind me. “if we’re in it we win it” We didn’t hang around, Canute like, to see the tide come in but with seashell styling like that, surely it would be unsinkable?

The garden, woods and meadow really are bursting with new growth, some things I’ve never noticed before, like these flowers on a Spruce. It’s absolutely laden with them!

With a cornucopia of fresh food bursting from the ground you have to wonder why the mice in the shed felt it worthwhile eating the lid of this Tung Oil Tin….

and it’s not like there is a shortage of hedges and trees down here, but if you leave anything in one place for a few minutes someone has either eaten it, or moved in! There are birds nests in camping chairs in the barn, a very large mouse (we say ‘large mouse’ because we don’t like to use the R word) has taken up residence in the anchor chain box, there are moths in the awning, a queen wasp starting her paper home by the bilge pump and a very unwelcome guest in the shape of a large hornet who burst out angrily as I whipped the cover off! Not to mention an enterprising wren (?) who has turned this heaving line into a mossy des res.

Some visitors are more welcome than others. This pretty Brimstone moth looked beautiful against the woodwork.

Back to the Boat

While I’m marvelling at nature’s bounty, someone has been busy in the workshop. Father’s washboards are on board and ready to fit. Very smart!

Before the washboards can be fitted I have to fit these battens or runners. The previous owner had cut the originals off and hung some rather shoddy doors instead of washboards. tsk! tsk! So unseamanlike…. 🙂 My workmate fits neatly on the cockpit floor so I can avoid too much up and downage on the ladder. For those of you imagining a colleague or friend supine on the deck, by work mate I mean one of those portable work benches so beloved of the DIY enthusiast. It’s tempting to just sit in the sun soaking up the atmosphere and imagining I’m riding at anchor in some idyllic bay, the lap of the waves, the clink of a beer glass… of course there’s no time for that, in the life of a busy boat restorer…. obviously!

Teak seems to blunt the plane fairly swiftly, requiring frequent trips to the sharpening station. I know some purists might say using a guide is cheating….. but it does make achieving a nice consistent bevel much easier. I make sure my whetstone is a wet stone (the water lubricates and prevents clogging) by keeping it in a tupperware filled with water.

Meanwhile, outside the cosy cockpit….

pottering about by the keel I decided to investigate (for investigate, read stab) this dodgy looking timber…. the knife slid deep into  the wood worryingly easily. Not quite like a hot axe through butter but definitely not right.

Soon chunks of rotten wood (it looks like Elm) were being scraped/falling out. I fetched a chisel and mallet and set about chopping it out properly. It only seems to extend about a foot (that’s 304.8mm Toby) laterally and about 3 inches (76.2mm) deep, but I’ll probably cut out more just to be sure.

The last frame I laminated took a little persuading to get the laminates to bend around the jig so a home made steamer had to be made…. at home….. thus neatly explaining the term…. anyway moving on.

Simply take, a bit of old drain pipe, an old kettle with no spout, a paraffin stove, a bit of scrap ply and a small child, preferably your own but if not, do ask the owners permission. People can be very odd about bloodshed and bruising when it comes to their little darlings. It’s a lesson learned I say, and after all they’ve got nine more fingers… unless they’ve visited my workshop before… in which case they should know better, and…

Steel pipe would have been better as the plastic developed quite a droop before the oak was sufficiently ‘cooked’ but it worked.

It’s a bit distracting being  surrounded by all this burgeoning plant and animal life, but I’m looking forward to next weekend and shaving a couple of millimetres off the Wash boards to fit them and maybe scavenging for the last bits of oak I need to finish the frames…. maybe some more soaking up the sun and picturing Flamingo finished who knows 🙂 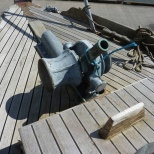 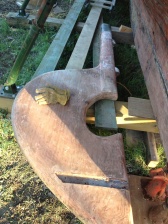 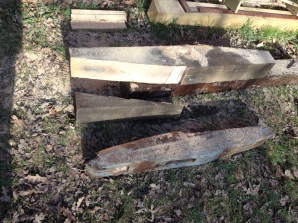 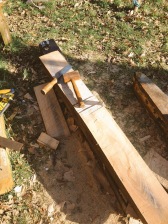 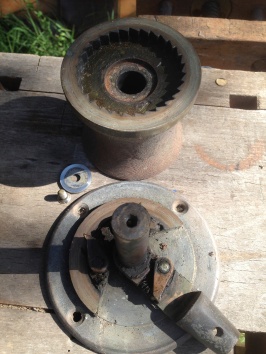 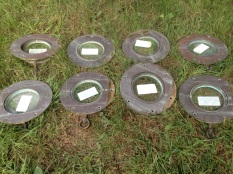